SOLE LEGAL CUSTODY: One parent has the responsibility of making all major decisions regarding the child’s upbringing (such as medical treatment, school enrollment, religious instruction, and participation in extracurricular activities). This is less common and usually involves a situation where one parent has removed themselves with a relationship with the child or the parent has a past history of abuse or neglect regarding the child.

JOINT LEGAL CUSTODY: Joint legal custody means that parents share decision-making authority as tothe important decisions affecting the welfare of the child. Joint custody does not depend on the amount of time the child is with each parent.

​SOLE PHYSICAL CUSTODY: The child resides solely with one parent at all times. This is less common and usually involves a situation where one parent has removed themselves from a relationship with the child or the parent has a past history of abuse or neglect regarding the child.

There is certain information that must be presented to the court by a third person or an attorney representing the third person when seeking custody of a child. A person should review the Child Custody Act, or ask an attorney about this information.  More on child custody definitions.​ 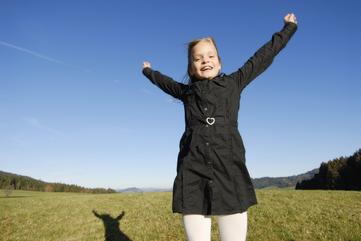 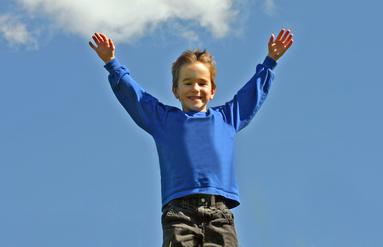 Memories are priceless. Especially with your child growing up. This is the time when values are instilled for a lifetime. 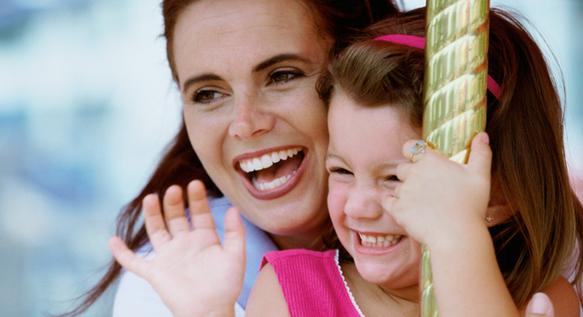 What are the different types of child custody arrangements?

Throughout a child's lifetime up to the age of 18 years old, the awarding of child custody arrangement/s can be changed if certain circumstances have been legally established to have changed among key factors. These factors are meant to benefit the child involved.

There are many kinds of custody arrangements. For any arrangement, the court decides who will make the major decisions about each child. The court also decides how much time the child will spend with each parent.

4) The length of time the child has lived in a stable, satisfactory environment, and the desirability of maintaining continuity.

5) The permanence, as a family unit, of the existing or proposed custodial home or homes.

6) The moral fitness of the parties involved.

7) The mental and physical health of the parties involved.

8) The home, school, and community record of the child.

9) The reasonable preference of the child, if the court considers the child to be of sufficient age to express preference.

11) Domestic violence, regardless of whether the violence was directed against or witnessed by the child.

12) Any other factor considered by the court to be relevant to a particular child custody dispute.

The court has broad discretion in determining the relative weight or importance given to each of the 12 factors that are considered.

Parents are encouraged to reach their own custody agreements. When parents cannot agree, the court analyzes the “best interests of the child” factors listed in the Michigan Child Custody Act at a hearing, during which the parents may present evidence and arguments about each factor.

At a parent’s request, the court must consider ordering joint custody. “Joint custody” means either the child resides alternatively for specific periods with each parent, or the parents share decision-making authority for important decisions affecting the welfare of the child, or both.If both parents agree to a joint custody arrangement, the court must order it unless the court determines that joint custody is not in the “best interests of the child.” The court must state its reasons for granting or denying the request for joint custody. The court may also consider joint custody even if neither parent has requested it. A court must consider both the “best interests” factors and also whether the parents will be able to cooperate and usually agree on important decisions affecting their child’s welfare. If the court determines that a child’s interests are not adequately represented in the custody proceedings, the court may appoint a lawyer guardian ad litem to represent the child. The court may require the parties to pay the lawyer guardian ad litem’s fees.

The role of the judge in custody hearings judges decide custody matters, not the friend of the court. The friends of the court and domestic relations referees can only make recommendations for orders to judges. The law provides that the best interests of the child must control the judge’s decision in custody disputes. When judges hold custody hearings they review the sum total of evidence presented about the factors of the Child Custody Act to determine the best interests of the child. For judges to make decisions about custody, there must be a hearing unless the parents agree and want the court to sign the agreement (referred to as a stipulation or consent order). Judges will normally sign a stipulation or consent order if they believe independently it is in the best interests of the child. Judges, based on their own findings, must adopt, approve and sign the stipulation or consent order before it becomes an order of the court. Before the hearing, the judge may read the custody evaluation report that was completed by the friend of the court. Judges usually read these reports to get a better understanding of the family’s situation.

During the custody hearing, the judge may listen to witnesses (teachers, friends of the family, counselors, etc.). The judge may also look at other evidence (school, community records, counseling reports, etc.). During many custody hearings, judges speak to the children. Many judges speak to children in their chambers (judge’s office). When judges decide to speak to children in their chambers, sometimes the parents’ attorneys are there and sometimes they are not. A friend of the court custody evaluator may also be present when the judge speaks to the child. Judges will decide who will be present when they interview children. Judges are required to make a record of the interview with children. Judges do not have to tell the parents or their attorneys what the child’s preference was, only that it was considered. The child’s preference does not outweigh all of the other factors of the Child Custody Act. It is only one consideration that is looked at by judges.

What Is the Difference Between a Judge and a Referee?

Before a ruling of child custody, a judge needs to determine if an established custodial environment already presently exists...

With two exceptions, a parent may move a child to another location. The first is that each court order granting custody must provide that a parent who has custody of a child may not change the child’s permanent residence from the state of Michigan until the judge approves of the move. The second is that each court order granting custody or parenting time must provide that parents who have custody or parenting time may not move more than 100 miles from their current residence without the approval of the judge.

A parent does not have to request that a judge approve a proposed move to another place in Michigan if:

• The other parent agrees to the move.
• The judge ordered sole custody to one of the child’s parents.
• The parents were already living 100 miles apart when the judge decided custody.
• The move results in the child’s 2 legal residences being closer to each other than before
the move.

However, if the custodial parent wants to move the child to another state, even if it is closer than 100 miles from the other parent’s residence, the judge must approve the move.

The order should state:

• The address where the child will reside.

• Any changes in parenting time or transportation made necessary by the move.

If the parents don’t agree, a motion must be filed asking the judge to approve the move. Usually these reasons are related to finding a job for the parent or the parent’s spouse, or being closer to family members.

The judge must decide the following:

• Whether the legal residence change has the capacity to improve the quality of life for both the child and the relocating parent. This means that the judge must have enough information to show that the move will improve both the child’s and the parent’s life.

CONTACTING AN ATTORNEY: Parents who want to change the custody in a court order may contact an attorney. Attorneys can file motions for changes in custody on behalf of their clients.

If the judge determines that an established custodial environment exists, judges can only change custody by a showing of clear and convincing evidence that a significant change in circumstances warrants it. If the judge determines that no established custodial environment exists, the judge follows the lower standard of  a showing that the preponderance of the evidence warrants a custody change.

Child custody is one of the most emotional and traumatic issues in any divorce case. The “Child Custody Act” sets forth 12 factors that a judge must consider when making a custody decision. In determining which parent shall have custody of the minor children, the court focuses on what is in the child’s best interest (not what is in the parent’s best interest).

1) The love, affection, and other emotional ties existing between the parties involved and the child.

2) The capacity and disposition of the parties involved to give the child love, affection, and guidance and to continue the education and raising of the child in his or her religion or creed, if any.

3) The capacity and disposition of the parties involved to provide the child with food, clothing, medical care or other remedial care recognized and permitted under the laws of this state in place of medical care, and other material needs.​​

A judge must also determine if the parent is asking to move just to reduce the child’s opportunity to spend time with the other parent.

When parents who have custody or parenting time ask a judge to approve a move of 100 miles or more from the parent’s residence the judge must also consider the following:

Do parents have any legal recourse regarding the judges court decision of the child custody outcome?

If parents disagree with the judge’s decisions, they may appeal the decisions.

Do I need an attorney for a child custody modification?

An appeal is a formal request to a higher court asking to have the judge’s decision be changed. Appeals in domestic relations cases go to the Michigan Court of Appeals. Parents may ask the judge to review a recent custody decision without appealing the case to a higher court. (See child custody modifications below)​

When parents agree to change custody a stipulation or consent order can be prepared.

What is Involved in the Friend of the Court Custody Evaluation?

THE NICHOLS & EBERTH
EDGE IN DIVORCE

Child custody is recognized by the court as a domestic relations matter. The court realizes the importance of ongoing parent relationships and the value of time spent with their children. The highest priority of the court making the decision is whatever is the very best for all children involved. Divorce or a civil partnership separation can be very difficult and traumatic for both children, parents, grandparents and relatives. There are laws to protect custody rights for time well spent with the children in that family. The circuit court is involved with establishing and modifying custody applicable to the Michigan State Law. The 'Friend of the Court' can assist  the court by making child custody related recommendations to the court/judge.

Child custody is a term that refers to rights and responsibilities for each parent and child. Custody is a determination of the time a child is going to be with each parent and each parent’s responsibility to make decisions on behalf of the child. See child custody terminology. (under certain circumstances the view of the child can be taken into consideration). Custody can be modified to accommodate significant changes in the lives of the children or the parents involved. (See Child Custody Processes below on this page.)